Why Repair your LCD / LED TV?

LCD / LED TVs are very popular and are fast becoming the stanrdard due to their quality - available in HD, 3D, - their versatility (different sizes, really thin and flat), they are not power hungry and they are getting smarter and more able while costs are reducing slowly (but they are coming down in general). And with repair costs being "real" it is always good to weigh up the pros and cons before proceeding. One of the most expensive repairs is the replacement of a cracked screen. This cost must be compared to replacing the entire TV - and that decision is entirely yours, with a major factor being the age of your TV.

How does a LCD /LED TV work?

LCD stands for 'Liquid Crystal Display' and LED stands for "Light Emitting Diode" (a semiconductor diode which glows when a voltage is applied) - light sources can be fluorescent tubes, optical fibres, or LEDs. This technology has been with us for some time now – in things we all know – watches, CD players, calculators and so on. But lately we see them also in televisions, computers screens, cell phones and tablets - and in so may other items. A major advantage is that they are thinner and less power hungry than former C.R.T (Cathode Ray Tube) monitors, are more reliable and of a better quality too. So what is a liquid crystal? They are not completely a liquid nor completely a solid. They are closer to a liquid state than a solid. They are very responsive to heat, and when heated up, liquid crystals don’t completely change but they will alter themselves in some distinct way. 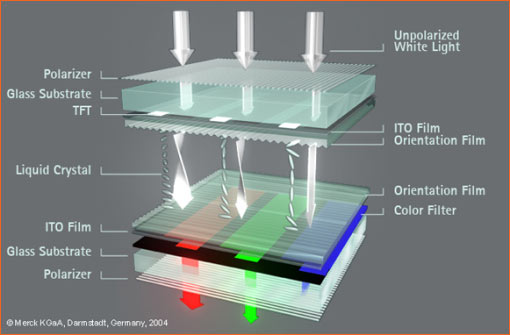 Crystals are basically twisted molecules that allow light to pass through them to create a certain amount of light through. LCD displays consists primarily of two sheets of polarized glass plates with some liquid crystal solution trapped between them. These crystals have very specific properties that enable them to serve as effective 'shutters' that close or open to block or otherwise, the passage of light. There is a light at the back of an 'LCD TV' that shines out towards you when you watch the image. In front, we have pixels – every dot of colour that builds your image made out of the liquid crystals. The liquid crystal between the glass sheets is electrically charged. Each pixel is controlled by a thin film transistor (TFT) that turns it on and off repeatedly, tons of times every second. Each pixel is divided into their sub-pixels red, green and blue.

So, in short, what happens is:

The TV’s backlight shines out white light evenly in all directions. The light passes through the polarized filter, which blocks all light except for that moving in a certain direction. A transistor switches on its crystal, which rotates the light waves as they pass through. The pixel is lit up to the appropriate colour based on the light’s path. All of this happens repeatedly, millions of times over every second.

That is right. We repair LCD / LED TVs at TV + Video Doctor. After getting a quote for the repair work, weigh this up against replacing your LCD TV. With age considered, it may well be a better decision to repair your LCD TV. This is one of the instances where professional services are certainly called for. "Don't try this at home" folks. Let the professionals take care of it. We have been repairing TVs since 1986, we have a wealth of experience and are certainly the preferred choice when it comes to professional repairs.

Types of TVs - Made Easy

Look this schematic over to learn the fundamental differences between the different TV types. 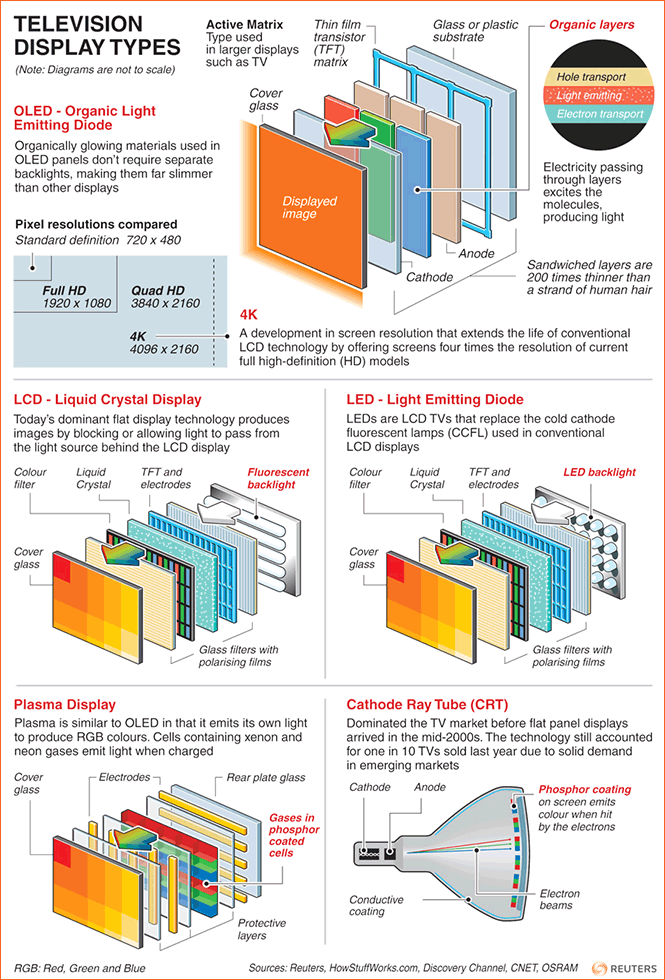 Bring your LCD / LED TV in (or we can collect it for you) for assessment should you feel it is playing up and not of the same quality as when you bought it.